Every activity held by the ITB Engineering Physics Program is performed within the ITB Ganesha Campus, located at Jl. Ganesha no. 10, Bandung City, West Java. Ganesha Campus is also known as the oldest among the ITB campuses. There are many means of public transportation on going to and from the Ganesha campus, making it easily accessible for the public. On top of that, the campus is located near the bustling street of Jl. Ir. H. Djuanda (Dago), serving as an excellent economic center for students to procure their daily needs.

Living conditions for students during their study in the ITB Engineering Physics Program can also be considered as comfortable. There are various options for students to choose from based on their conditions. Students can choose to live in boarding houses located about 5-20 minutes’ walk from campus, like in Jl. Plesiran, Taman Hewan, Cisitu, and Jl. Sangkuriang. Several other areas like Jl. Tubagus Ismail, Sekeloa, Jl. Ciumbuleuit and Jl. Cihampelas are also the choice of many ITB students, located only 5-10 drive from Ganesha Campus. Aside from boarding houses, ITB also provide dormitories for students to live in, such as the Kidang Pananjung Dormitory, Kanayakan Dormitory, Sangkuriang Lama Dormitory, and Sangkuriang Baru Dormitory. More information on the dormitory facilities could be obtained through this link.

Access to and from Bandung is quite easy: from Jakarta it can be reached via toll access for about 2-3 hours of drive, there also exist various trains routes available between the cities in Java, and there is an international airport located 15-20 minutes’ drive from the ITB Ganesha Campus. Apart from ITB, several well-known campuses such as Universitas Padjadjaran (UNPAD) and the Universitas Pendidikan Indonesia (UPI) are also located in Bandung City, which establish an atmosphere of inter-field cooperation between universities.

Engineering Physics students comes from various backgrounds and areas of Indonesia, similar to ITB in general. They come from all corners of the archipelago, starting from the near Java, crossing the sea to Sumatra, Kalimantan, Sulawesi, as well as the numerous islands located in the East Indonesia. This in turn leads to a positive social atmosphere in the ITB Engineering Physics Program which promotes the development of soft skills, ethics, and tolerance through communicating, working together, and appreciating the various colors of people within the community. 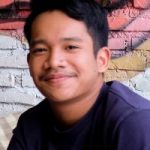 M. Satrio Athiffardi is an Engineering Physics student from Jakarta who has myriad of activities. He is active in one of the campus study unit called Perkumpulan Studi Ilmu Kemasyarakatan Institut Teknologi Bandung , where he was given the trust to be the Vice President for the 2020/2021 period. Previously, Fari also had the responsibility of being the chairman of the Sahabat Isyarat, a movement that aims to spread the spirit of learning and habituation of sign language as a communication bridge with the Komunitas Tuli (Deaf Community).

“My life at Engineering Physics ITB is not always a smooth ride, but amazingly I kept on finding myself enjoying it. For me, the Engineering Physics family have a very close bond with a culture of mutual support. Though sometimes I felt bored with the activities in the community, they never prevented me from doing activities outside. In my opinion, it is also important for us to have other activities outside the community! It makes our life not monotonous because there are various places for us to express creativity and relieve stress.” 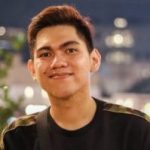 Bonfilio Nainggolan is one of the prides of the ITB Engineering Physics Program. Usually going by Bon, he is a student who has various academic achievements. Bon won the achievement as the holder of the highest GPA in the Faculty of Industrial Technology, cohort 2017. Not only that, he is also a 2017 ONMIPA Physics gold medalist. This does not stop Bon from being actively involved in student activities, where he is currently serving as the Head of the Academic Division of the Himpunan Mahasiswa Fisika Teknik (HMFT) ITB for the 2020 period.

“Studying at ITB is not easy but full of challenges, both academically and non-academically. Moreover, the vast scientific field of Engineering Physics requires me to study various kinds of sciences. I often felt disinterested when I first started studying, but the deeper I studied, I slowly saw the beauty of the interwoven relationships of these various fields. I realized that this multidisciplinary knowledge is the beginning of the technological advances today. This is what I like about Engineering Physics which cannot obtained from other majors.” 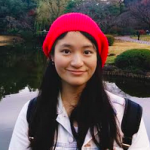 During her time in ITB, Jo has participated in two ITB cooperation programs with foreign institutions: ITB Student Exchange Program in Tokyo University of Agriculture and Technology  and LeX 2019. Jo also held some positions such as Secretary of the Kaderisasi Wilayah FTI 2017, member of  HMFT ITB Supervisory Council, and member of Pasopati ITB. For her final project, she design of vascular microcatheters, a collaboration between the ITB Medical Instrumentation Laboratory, Institute of Fluid Science Tohoku University, and Tohoku University Hospital, Japan. 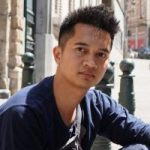 Andri Aditya H is a student who involved in the collaboration between the ITB Instrumentation & Control Group and PT. Len Railway Systems (LRS). To add knowledge, Andri continues his studies while working as an employee of PT. LRS whom he had been employed for more than five years. He  believe that Indonesian people need to  learn  new technologies that can improve the quality of people’s lives, such as  MRT and LRT. Andri is also pursuing his hobby as a guitarist and a content creator through his personal channel “Meisandria Guitara”.

“Going back to school, even while working, made me re-experience again staying up late without being paid. If you work overtime at work, it will be counted, but when you go to college: nothing. But I also feel that working on assignments,  presentations, and other student activities reminds me of my undergraduate studies. Interestingly, with many experiences, I still feel very nervous when I make a presentation in front of a lecturer. In essence, I feel that this experience taught me that the enthusiasm for learning for any opportunity must be maintained. “ 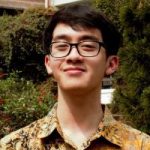 Arifin Luthfi Maulana does lot of research around the field of computational material design. During his undergraduate period, he participated in the Summer Student 2018 program at European Organization for Nuclear Research (CERN), Switzerland. This LPDP scholarship awardee is one of the proofs that the quality of the postgraduate education programs in Indonesia is comparable to those found abroad. To date, he has written three scientific publications as both lead author and co-author. Currently, Arifin is researching about dual-site single atom catalyst (SAC) based on Ni transition metal aimed to electrochemically convert CO2 as his thesis.

“Doing my masters in the ITB Engineering Physics (EP) Program is quite fun and challenging. With a multitude of insights and many opportunities, I am sure Master’s in EP ITB has high quality to prepare students to enter the research community on a world level.  Not only the learning environment is very supportive, but also support between the students and lecturers really helpful. I believe studying in the Master’s in EP ITB is one of the best choices for  people who want to continue their education in the fields of technology and engineering. “ 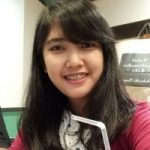 Ni Luh Wulan Septiani is a student of the Engineering Physics Doctorate Program since 2016. She graduated from the Universitas Pendidikan Indonesia with a Bachelor of Science degree in 2012 and joined Engineering Physics’ Advanced Functional Materials (AFM) Laboratory in 2013 as a master student. Wulan continued her research in the field of gas sensors and decided to continue her studies to the doctoral level in the same place.  Throughout her study here, Wulan has published 27, where she contributed as the first author in 6 of them. In addition, Wulan was given the opportunity to sandwich her study in the National Institute for Materials Science (NIMS), Japan for 1.5 years.

“Joining the ITB Engineering Physics Program is the one of the greatest fortunes of my life. Here, I get extraordinary support from my mentors, where they can deliver and guide me to the gates of international research. “